15% production increase on a wind turbine

Are some of my wind turbines underperforming?

Back in 2017, this French wind farm owner was suspecting some of his wind turbines to be underperforming. The general availability of the turbines was good, but there was a serious difference in production between the different assets.

Download the summary of this case study in English / French  / Spanish

P4A proposed to analyse over 6 months of historical SCADA data allowing benchmarking between the different assets to detect and identify the turbines with a deviation and to isolate the root causes of the underperformance. Our unique approach included a cross-analysis of multiple metrics derived from hybrid models, such as the power curve, torque curve and RPM curve.

In case of yaw misalignment, which is the main cause of underperformance of a wind turbine, we diagnose the amplitude of the misalignment. In this case a 24° yaw misalignment was discovered. Upon evaluating the payback of all possible corrective actions, we could prognose an annual expected production increase of approximately 15%.

Thanks to P4A the wind farm owner can take action and plan the corrective actions with highest payback on the short term while continuing to monitor the performance of all turbines. 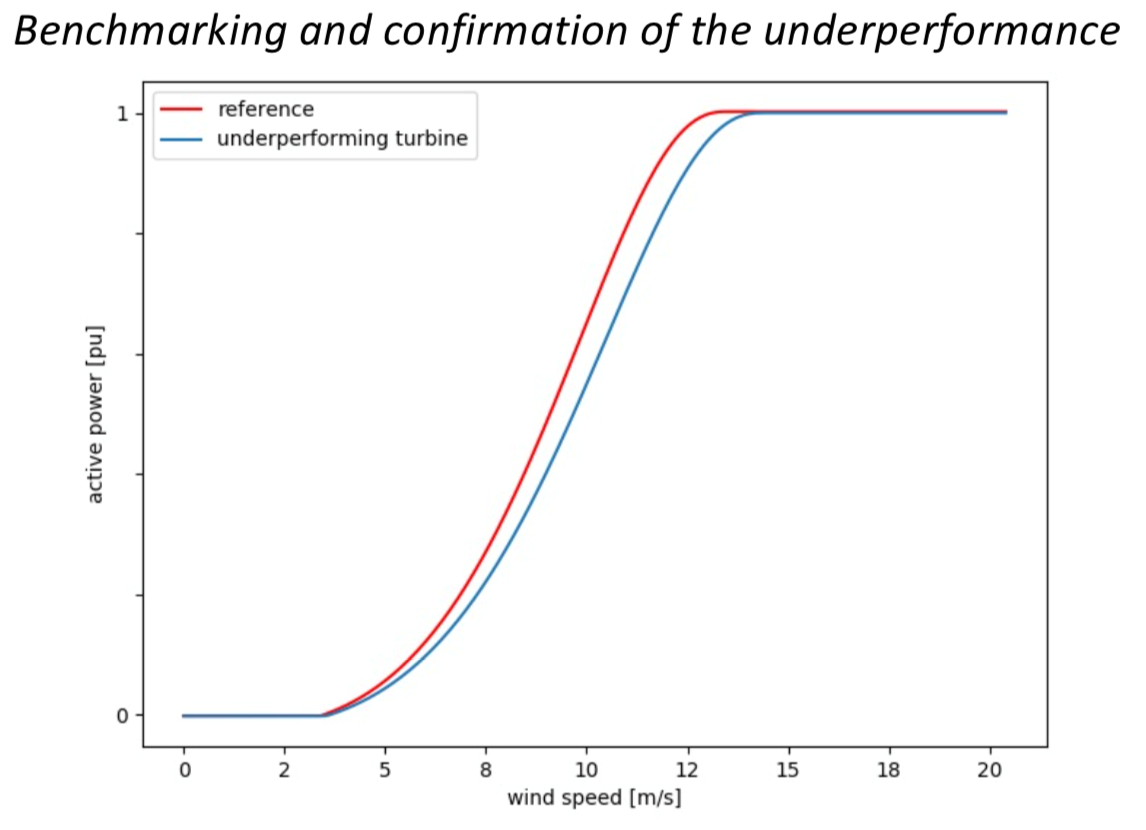 The P4A hybrid model can be implemented for a small investment. Correcting the large yaw misalignment resulted in a significant increase of revenues.

Our solution is cheaper and quicker then instruments like LIDAR and it enables easy monitoring of the result and evolution. The average production gain is € 60.000* per year. 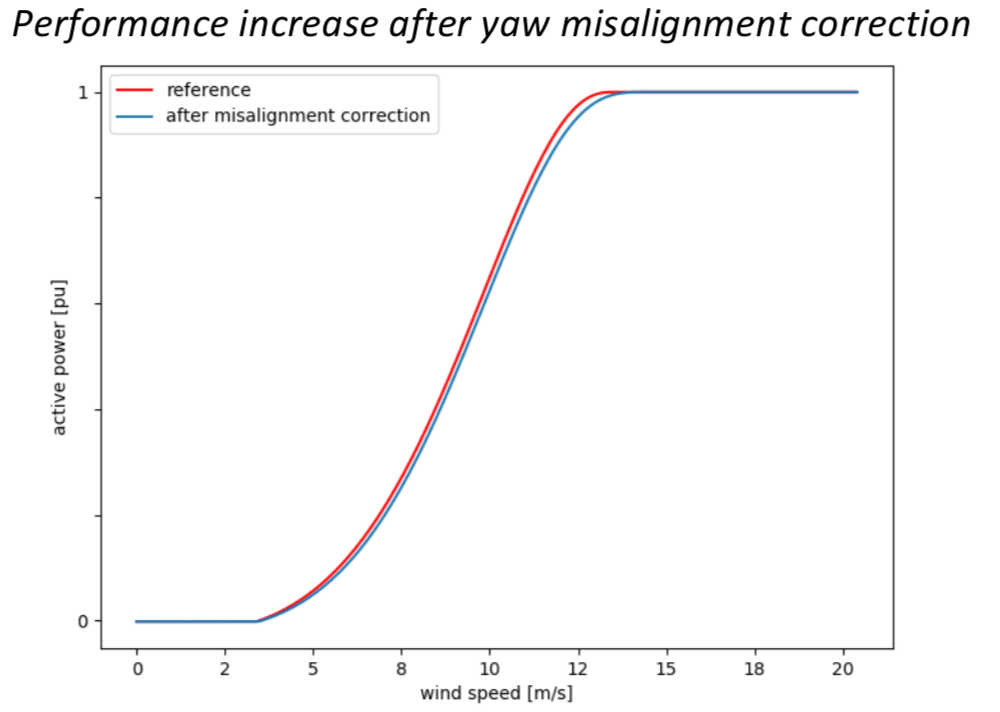